I’ve always believed that belonging is a recurring act of choice – it takes persistent effort, time and time again. And through my adult life, I’ve wrestled with belonging. I loved West Point and was nurtured in return; I struggled in the infantry, but found my niche doing good; I adored my Appalachian Trail crew like none other; and found a home at a Toastmasters club in Texas.

Being a transient, ‘home’ is a nebulous term. Loc has a definite home; he’s a transient now too, but he grew up largely under one roof, went to school nearby. Those friends still live there; we’re up seeing them this weekend. In the traditional sense, this is home.

I don’t have a traditional home. I went to four elementary schools, one middle school, and three high schools, leaving New York for Idaho my senior year. I claimed New York through that time in Idaho, then realized the depth of my affection for Idaho when it slipped out of my life. I spent all of my senior year and four Christmases in Idaho. That time changed my life. For what it gave me, what it holds, it is home.

And Bavaria, Bavaria will always be a second home, heimat, a deeply special place. I  have been richly nurtured by the land, and Bavaria’s rolling hills, verdant meadows, and streams sound echoes of New York. I might have enjoyed Fort Benning more if I hadn’t read The Roadbefore I got there, but I did, and I saw the whole city in shades of ashen gray. It most certainly did notnurture, and I left it for Germany on the verge of psychological collapse. I flew in to the autumnal foliage of a forested land in transition – it was as if a switch flipped, and I was suddenly okay. Bavaria gave me joy.

Some of my fondest memories are of runs through misty mornings: A body in tune with itself and its surroundings; the patter of a steady stride; the fine sheen of exertion in autumn air; it’s a beautiful thing. Exercise is a discipline, a meditation, a celebration of life: this life, mylife, now. It isa joy.

But it is not home.

After the Appalachian Trail, I had time. I was an Army spouse in an Army town, a radical transition for an infantry officer, much less a gay one. I had friends, but I largely stuck to my own devices. I played the piano; I learned to bake bread; I began my yoga practice. By January, though, I was ready to move on – unemployment, even funemployment, doesn’t suit me well: I get antsy, even in Bavaria. I like being alone, but I don‘t do well in isolation. That, and the winter darkness there is profound.

We knew we were coming to Dallas then; looking forward, I began my reconnaissance. To sing, I picked a church; to work, I picked a bakery; to grow, I picked a Toastmasters Club. Leadership Lambda, club 8631. Only some of this panned out. What did, paid dividends.

I delivered my first speech, my Icebreaker, at the 20th anniversary celebration of my club’s founding: Leadership Lambda, the first gay Toastmasters club in the world.  In my part of town, in Texas. Wow. I had been groomed for the stage – that wasn’t my issue; I could perform just fine – I’d been performing my whole life. My issue was that I’d learned to live a silent lie. And I’d begun to open up – I’d come out, gotten married, kept blog. But that was in Germany, in winter – oh, the darkness. I wanted more; I needed more. I was so lucky to find the club I did; they gave me license to be me.

I went religiously after that. It was my church – a humanistic and happy place, but a communion of souls nonetheless. And who doesn‘twant to laugh on a Monday night? Rain, snow, sleet, or shine, I made every single meeting. I went so often that they made me an officer. And still I persisted – they made me the planner, the VP of Education, a nurturer. I poured my soul into that role. I guess it worked – that club is still going strong.

You don‘t really know how much you mean to people until it‘s over.

This past Monday, I walked into a room full of friendly faces I‘d come to know and love over two beautiful years. I‘d shared my passions with them; they‘d shared theirs with me. I‘d traded baked goods, celebrated courage, and watched people blossom. And there I was, in a meeting dedicated to me. Weird. As I stood up to give my farewell, I looked out over a crowd of mentors, mentees, and dear friends. I realized the full gravity of it then: I‘d built a home. I had, fully and unabashedly, loved and been loved. We had built something beautiful; I charged them to keep it alive. This is what it is to belong. This is home.

But it was the gift that blew me away.

The fine people of LLTM not only held a meeting in my honor, they brought snacks, baked goods, food. And not only did they do that, but they also pooled resources to give me a gift card. A nice gift card. I didn‘t look at it right away – it isn‘t proper. I had goodbyes to say, friends to hug, thanks to share. But when I did, I was floored: I‘m not worthy of this; it was youwho fed me.

I‘m about to embark on a new phase of life. I’ve worked a desk for the past two years, and LLTM has been my best chance to invest in others. I’m looking forward to seeing the same kids day after day, week after week; I think it’s the logical and fulfilling continuity to what I’ve already built, an ability to nurture others often. And guys, I’ll be living among mountains!

Ultimately, I’ve found, homeis where I’m known and loved. And to find that, I’ve found, I have to know and love others. I will look back fondly on my years in Dallas. I look forward eagerly to Korea. I get to teach full time!

And in the meantime, I’m playing with my favorite bunch of rowdy kids. We, too, share a silly bond of love. We’ll play the weekend away; it’ll be grand. What comes, can wait. I belong here now. 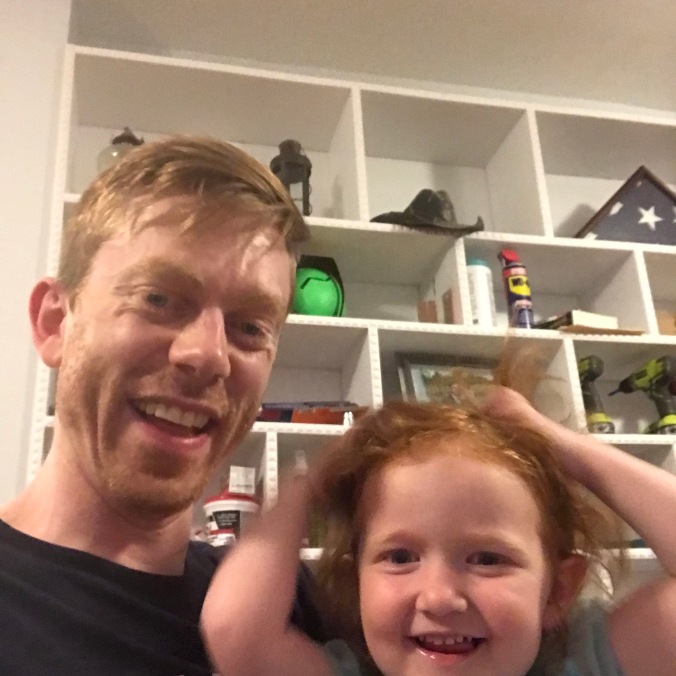